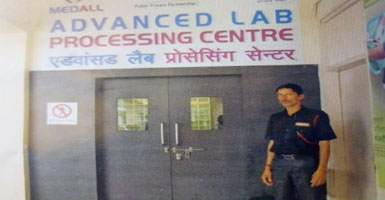 To ease the growing pressure on the pathological labs operating in RIMS Premises, the Governing Body roped in MEDALL Healthcare Pvt. Limited in a PPP (Public - Private partnership) mode in August 2015 for a period of 10 Years. Located on the Ground & company conducts around 2000 tests per day and is capable of conducting 1500 different types of tests. The reports are uploaded online or can be collected manually from the collection window. The state govt. bears the expenses of the BPL patients whereas for the rest, charges don't exceed the CGHS rates decided by the Central govt. 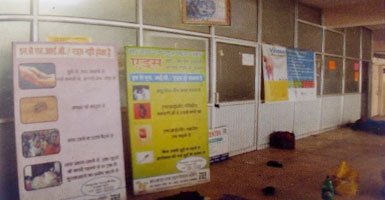 The word AIDS evokes fear, despair and helpessness. Today AIDS is rampant leaving a death trail all over the world. The human Immunodeficiency Virus(HIV) provokes an infection, which destroys the body's immune system. And AIDS or Acquired Immuno Deficiency Syndrome is the advanced stage of this disease, when the immune system becomes irreparably damaged, causing multiple infections. There is no cure for HIV but today can expect a near normal life expectancy.RIMS ha two HIV related units:

It is a centre where a person is counseled and tested for HIV, on his/her own free will or as advised by a medical practitioner. The centre is run by the Microbiology department of the college.
The main aim of ICTC is to spread AIDS awareness. The centre takes recourse to information, education and communication methods through counselling and media campaigns.
The centre conducts diagnostic test for HIV, provides basic information on modes of HIV transmission and the preventive measures that can be undergo lifestyle change to reduce susceptibility to AIDS. The centre has a well functioning lab, a separate room for counseling and trained counselors.
There are two aspects of counseling at the centre. In pretest counseling the patient's for the test is taken. The patient is given information regarding AIDS and its implications. The counseling takes place in a very supportive and confidential environment.
The post test counselinghas again two facets. If the patient test negative, he/she is advised to come again after three months. This period of time interval between HIV infection and the production of antibodies. During this time, an antibody test may give a false negative result which means test will be negative, even though a person is infected with HIV. If the patient tests positive, then he is directed to the ART unit fo the hospital for treatment. The patient is provided psychosocial support and is motivated to live a healthy and joyful life.
Administration Nodal Officer- Dr. L.B. Pandey Counselor- Ms. Kiran Singh Lab Technician- Mr. Siya Ram Prasad.

The ART(Anti Retroviral Therapy) Centre located on the second florr of OPD complex, adjacent to Neurosurgery OPD, provides medicines to those found HIV positive. While BPL patients get medicines free, others have to pay for it. An HIV patient has to take medicines to the tune of Rs 3000 to Rs 4000 a month. Before being referred to an ART centre, a person who display symptoms of HIV is entitled to a free check up at any one of the 64 integrated counselling and testing centre(ICTC) across the state. Once HIV is confirmed, the next stop is an ART centre for medication.

A covenient approach has been initiated July 2017 for easing the procedure of sample collection of patients coming for investigations. Headed by Dr. Ramesh Kumar Shrivastava, this facility has made it easier for the patients to conduct investigations and collect their reports under one roof which were previously done in various departments. In addition it is time saving and has decreased the trouble of getting pricked again and again.

The test held are :

Situated on the ground floor of OPD Complex, the Vaccination Centre functions to immunise the newborns and childern. The Centre is headed by Dr. A.K. Sharma, assisted by two sisters who work 6 days a week in shifts. With about 60-70 Vaccinations being done in a day, this centre has the maximum number of visitors among all centres in Ranchi. The vaccine shots are given free of cost. Registers are maintained to record information about the vaccines given to childern and the parents are advised to complete the immunisation programmes. The routine followed is- 1.Monday/Wednesday- BCG, OPV, HEP BCG 2.Tuesday- MEASLES, JE, Vit A(Syrup) 3.Thursday/Friday/Saturday- DPT, PENTA, HEP B, JE, IPV, OPV, Vit A(Syrup).

With an ever increasing incidence of Road Traffic Accidents, a need was felt for a specialised Trauma Care Centre. This need created the way for the establishment of Trauma Centre at RIMS on 3rd Dec, 2007.

Headed by Dr. R.S Sharma and assisted by nurses, support staff and OT assistant, the department previously had 14 beds but now it has been devised to accommodate 100 beds, 50 emergency & 50 general including Hydraulic & Gatch Beds. It deals with cases of RTA Blood Trauma. Bullet Injury, Postoperative complication, Stab Injury & other serious cases. Too faculty will be appointed for the newly revised Trauma Centre.It will harbour its own blood bank, MRI, CT Scan, Pathology labs & ambulance facilities. The rooms will be well furnished & Air conditioned. 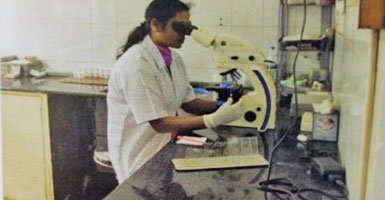 Operating from the Chest and TB OPD, the DOTS(Directly Observed Treatment, Short-course) Centre has been functioning since 2003 at RIMS to effectively treat and control cases of TB in the State. The Medical Officer Supervises the department.

There are 3 rooms, one functions as the Chest OPD, another as LAB and Collection Centre and the last as DOTS Centre. It is open for 6 days a week. The centre is open for paitents from 9:00AM-1:00PM, during which they can avail their medicines free of cost. From 2:00PM-5:00PM, the staff go for field visits during which they organise community meetings for spreading awareness about TB, provide counselling to patients and their families and encourage patients to complete their course of treatment. The medicines are supplied free of cost by the Central TB Division. 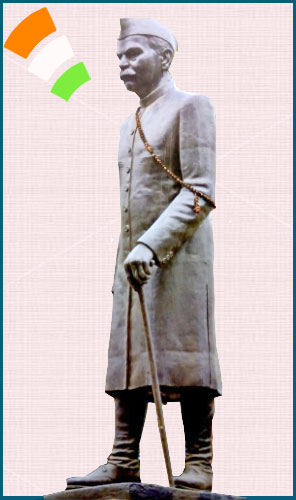